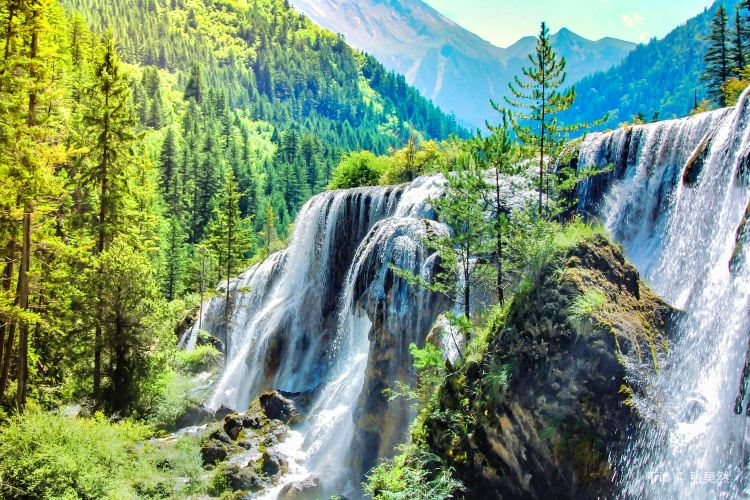 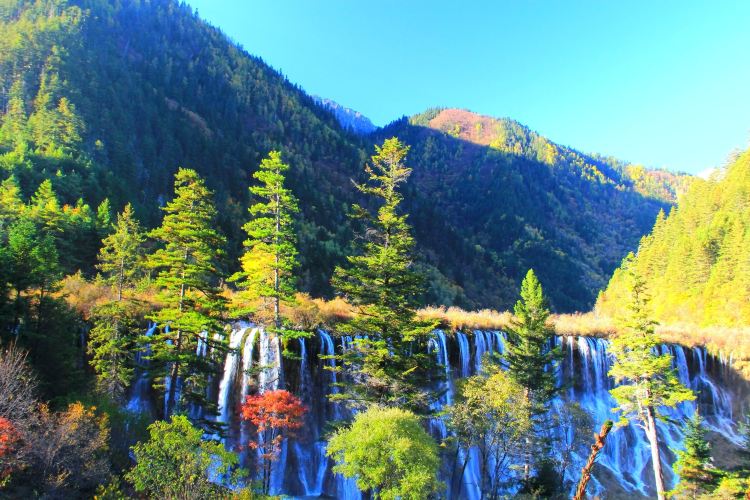 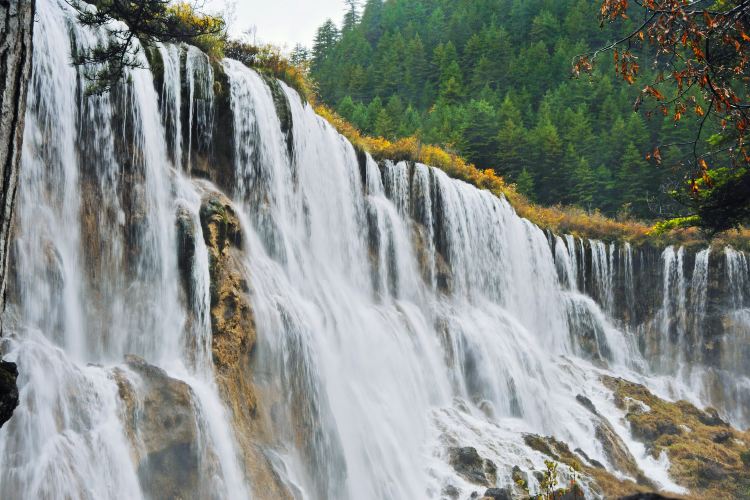 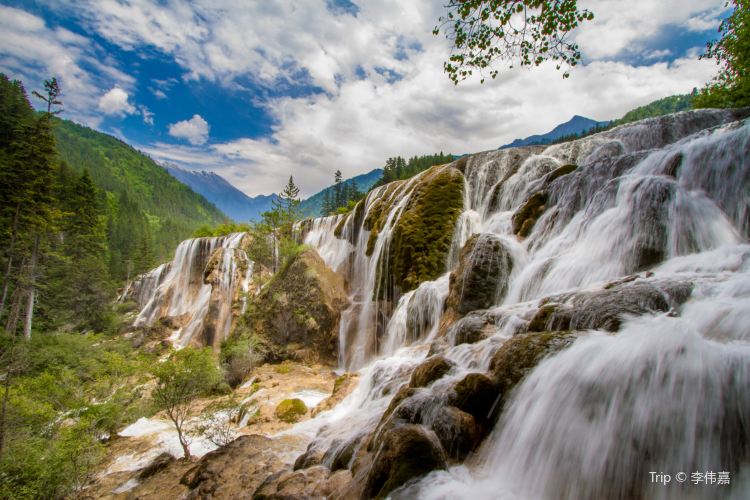 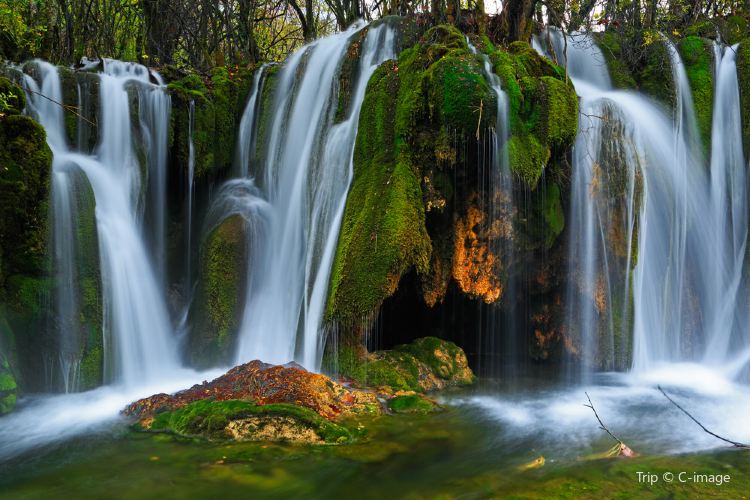 After visiting Wucai Lake, there are two huge seas in Chawagou, the Upper Season Sea and the Lower Season Sea. Since it is not a stop for sightseeing cars, there are generally fewer tourists. It is recommended to walk a long way from Wucai Lake to the plank road. Just have a look in the car. The sightseeing bus continued to return to the visitor center, and we walked to Nuorilang Waterfall following the signs. This is the widest waterfall in China, a large-scale calcified waterfall. The water flows from the Nuorilang Sea and descends from the trees on the top of the waterfall, like the Milky Way cascading, the water is powerful, and the valley is shaking. In Tibetan, Nuorilang means a male god, which means stalwart and tall. It means a majestic waterfall. There are crowds in front of the waterfall. It is difficult to take a good panoramic view. Note that on the cliff beside the road opposite the Nuorilang Waterfall, there is a viewing platform. Standing on the platform, the panoramic view of the waterfall can be seen. It is an excellent location to take a panoramic view of the Nuorilang Waterfall. Highlights: The widest waterfall in China, the vast water potential, the best time to visit and time reference: afternoon, 20 minutes. The current Nuorilang Waterfall, after several years of restoration, can be regarded as the first scene of Jiuzhaigou's "makeup" return.

More
Show More
Reviews
Some reviews may have been translated by Google Translate
Write a Review
4.7/5Outstanding
All(396)
Latest
Positive(367)
Photos(176)
Reviews from Tripadvisor

What's the address of Nuorilang Waterfall?

Nuorilang Waterfall is located in Jiuzhaigou Scenic Area, Yuzha Town, Jiuzhaigou County, Aba Tibetan and Qiang Autonomous Prefecture. It is one of the large calcification waterfalls in China and a large number of film and television dramas. The Nuorilang Waterfall means a majestic waterfall in Tibetan. It fell in multiple levels, and the water curtain flew out of the two mountains and fell directly under the cliff to form a rare forest waterfall. Opposite the waterfall, there is a viewing platform, standing on the stage, the panoramic view of the waterfall is in full view. In autumn, the waterfall's flying stream is turned into a very spectacular picture under the autumn colors and clouds. After the earthquake, it collapsed, and the waterfalls of the past have ceased to exist, which is a pity.
Show More