Brandenburg Gate is a neoclassical sandstone building, designed by Longhans, which imitates the style of the colonnade of the Acropolis in Athens, Greece. The Brandenburg Gate is 26 metres high, 65.5 metres wide and 11 metres deep. It is supported by 12 Dorick pillars 15 metres high and 1.75 metres in diameter at the bottom. There are six Ioni pillars carved on both sides. The front and rear pillars are walls, which divide the gate building into five gates. The middle passageway is a little wide. It was designed for members of the royal family until William II 1918, the last emperor of the German Empire. Before the abdication of the throne in 1989, only members of the royal family and guests invited by the king were allowed to enter and exit through the middle passage of the Brandenburg Gate. The inner wall of the gate depicts in relief the greatest heroes in Roman mythology, Hercules, Mars, and Minova, the goddess of wisdom, artists and craftsmen. At the top of the Brandenburg Gate is a bronze sculpture of the goddess of victory (Nicholas in Greek mythology, Victoria in Roman mythology). The goddess opens her wings and drives a four-horse two-wheeled chariot facing the eastern city of Berlin. She holds a scepter with an oak wreath in her right hand and an iron cross in the wreath. On the wreath stands a winged eagle. Eagles, Eagles wear Prussian crowns. The sculpture symbolizes the victory of war and is the work of Prussian sculptor Shadow. 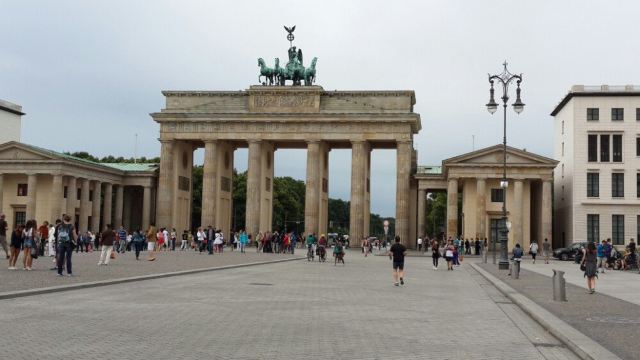 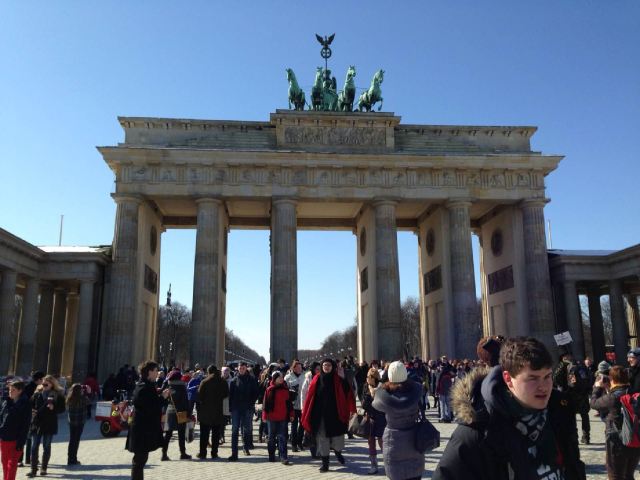 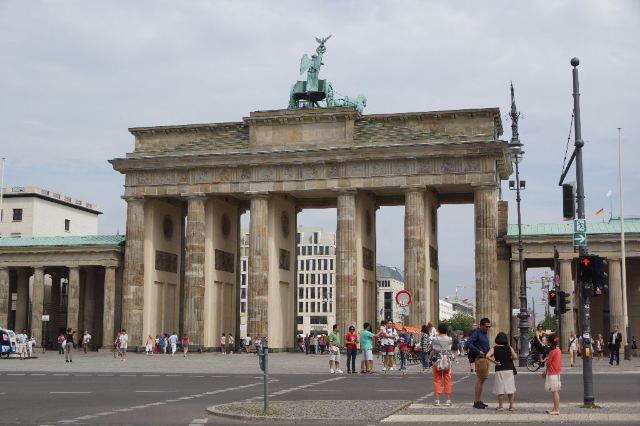 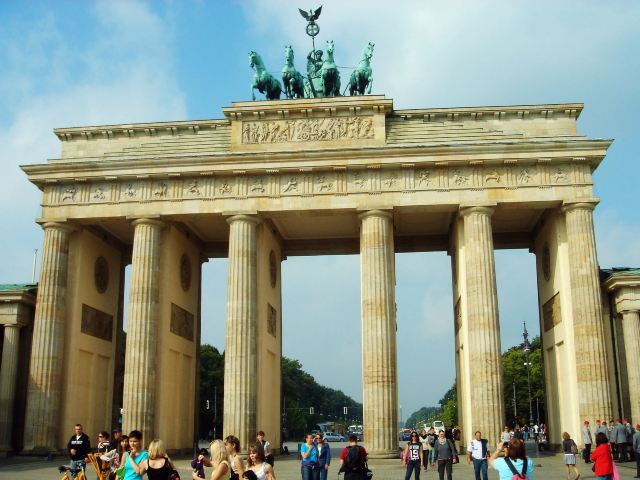 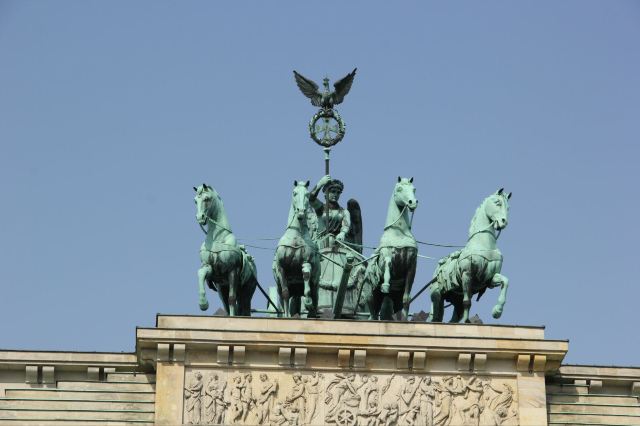 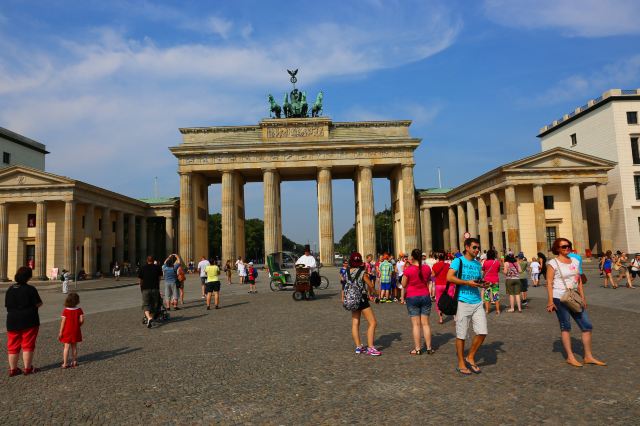 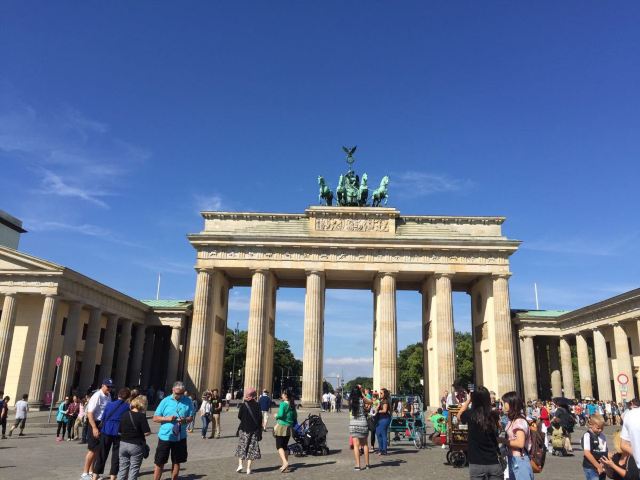 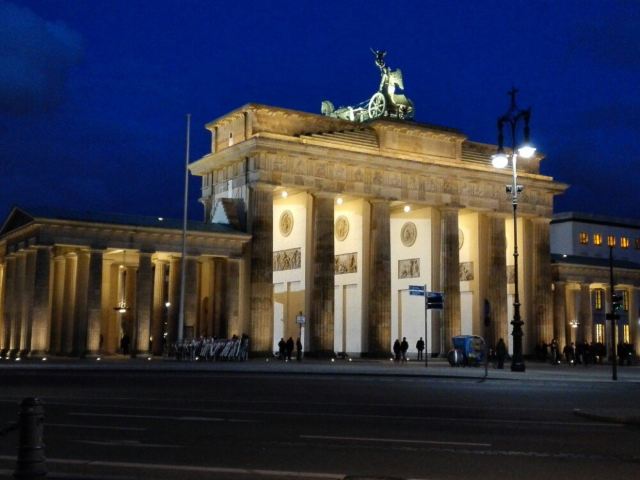 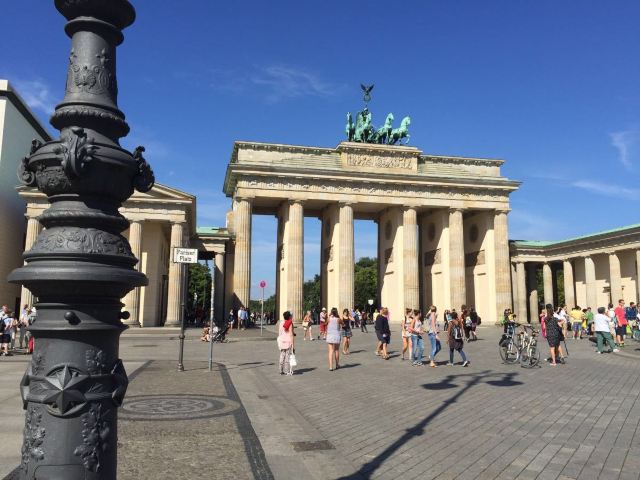 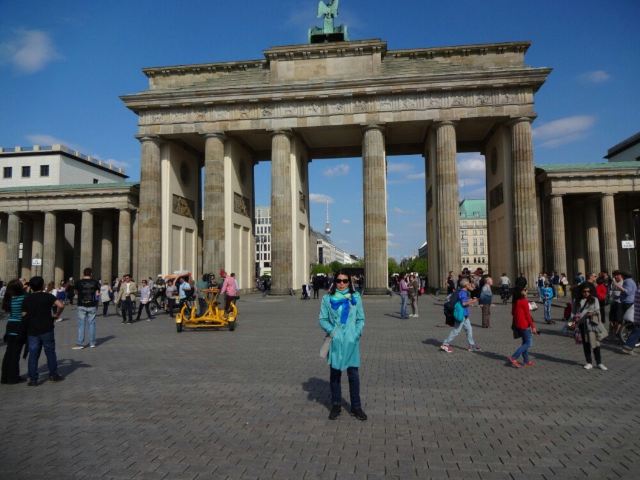