The Alps make Switzerland a ski paradise – it has the best pistes in the world and the coolest ski equipment. Enjoy a selection of five of the most famous ski resorts; these are just the places for experts to show off their ski skills, but beginners can also learn the ropes here.

Zermatt: A Skiing Paradise and a Challenge, Even for Expert Skiers

Zermatt, located at the foot of the famous Matterhorn, is known as “Glacier City”. It is one of the three best snow regions in Switzerland and has become famous for its rapidly changing weather conditions and difficult pistes. It is also a winter training base for ski teams from many European countries. In addition to its winter ski resorts, there are also summer ski resorts. Zermatt has three main ski areas, Zermatt-Sunnegga-Rothorn, Zermatt-Gornergrat-Stockhorn and Zermatt-Schwarzsee-Klein Matterhorn. The snowfields extend from the Klein Matterhorn to Italy. There are 74 lifts and train lines covering 394 kilometers of slopes, of which 194 kilometers are in Zermatt. Zermatt has 17.5 kilometers of pistes for beginners, 106 kilometers of intermediate slopes, and 70.5 kilometers of black runs. 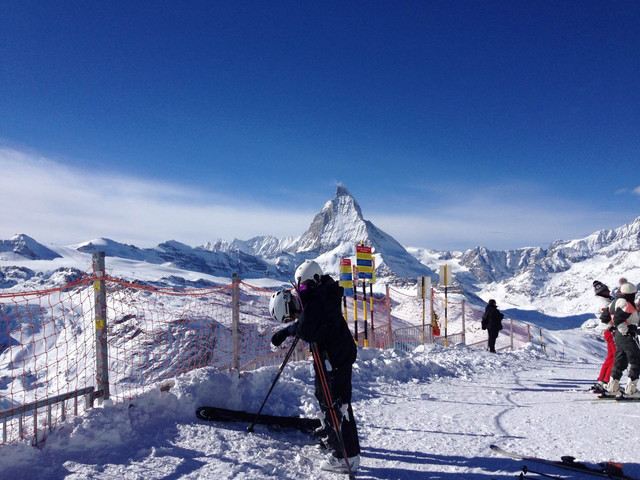 The Jungfrau Area: A Ski Resort for Four Seasons

The Jungfrau is the highest ski resort in the Alps and, one of the highest in the world. The area’s superior natural conditions and comprehensive facilities attract enthusiasts from all over the world, who come here to enjoy some skiing fun. Snow activities are still possible here even in summer. There are three main ski resorts in the area, namely, Grindelwald-First, Kleine Scheidegg-Maennlichen, and Mürren-Schilthorn. There are several pistes of lengths ranging from 6 to 12 kilometers, with a total extent of 213 kilometers. There are also 44 lifts and gondola cable cars. 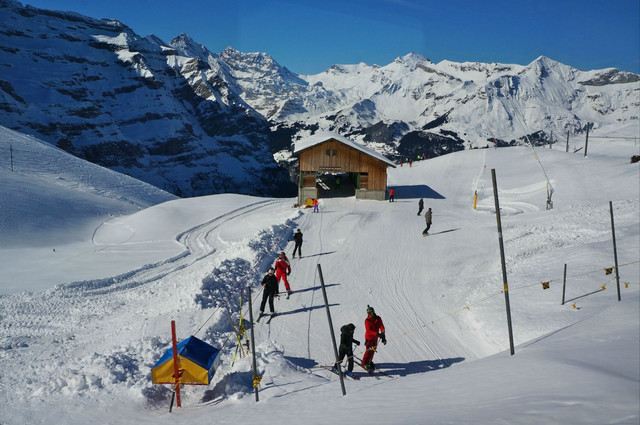 Titlis: A Ski Resort for Both Young and Old

Titlis is the highest peak in central Switzerland. It is one of the best ski resorts – not only in Switzerland, but also the world – and the largest ski resort in the Lake Luzern area. Skiing enthusiasts from all over the world come here every winter to have fun on the slopes. The ski resort at Titlis is spread over a 12-kilometer incline that extends as far as the town of Engelberg, 1,000 meters above sea level; it features 25 gondola and chairlift connections as well as pistes with a total length of 82 kilometers. The pistes are suitable for every level of skiing ability. There are more than 30 pistes located on both sides of the town of Engelberg on the slopes of Titlis and Brunni. The vast majority of the terrain is suitable for intermediate and beginner skiers, and there are more than 20 rail connections and ski lifts. 20% of the slopes are reserved for expert skiers and snowboarders. 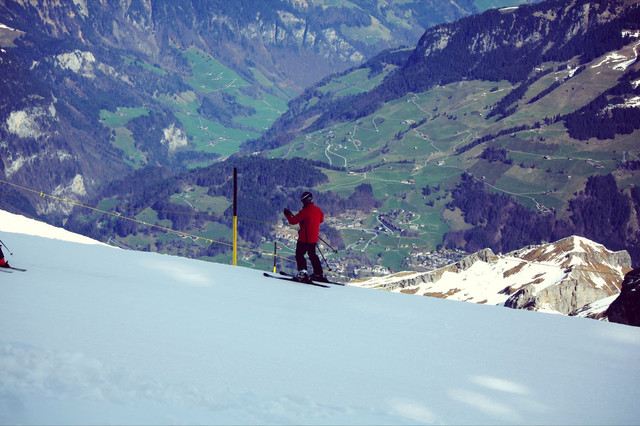 Davos the largest alpine ski resort in Europe Lying close to the Austrian border, Davos is the largest resort in the Alps and the highest city in Europe. It is also the largest alpine ski resort on the continent. Davos is a paradise for skiing and snowboarding enthusiasts from all over the world, with 325 kilometers of pistes and 75 kilometers of cross-country skiing trails. Davos consists of five separate ski resorts. Its high-tech transport facilities can take skiers from resort to resort, allowing them to set off from a different place every day during their stay. Of these, Parsenn is the largest and most popular ski resort, with adjacent Klosters proving a favorite with the British royal family. 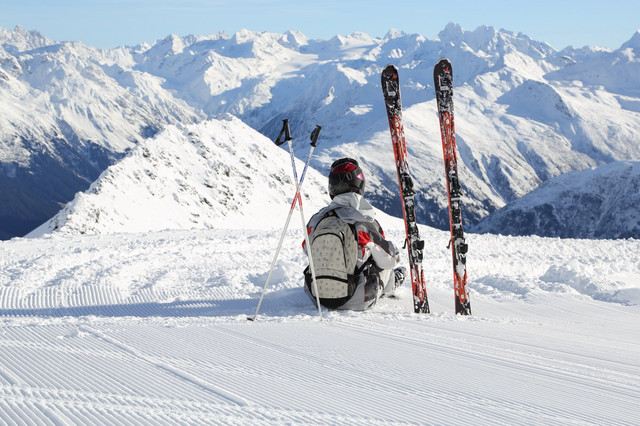 Located in the center of the Alps, St. Moritz is considered the “Mecca” of Alpine skiing. It has successfully hosted two Winter Olympics and numerous World Ski Championships and its skiing facilities are among the finest available anywhere. There are 350 kilometers of slopes, some of which rise to an altitude exceeding 3,000 meters. Its steep, silver slopes are a favorite among skiers, and stepping onto a snowboard and hopping down from the summit feels just like flying. There are 4 major ski resorts around St. Moritz: Piz Nair, Piz Corvatsch, Diavolezza Bernina, and Muottas Muragl. 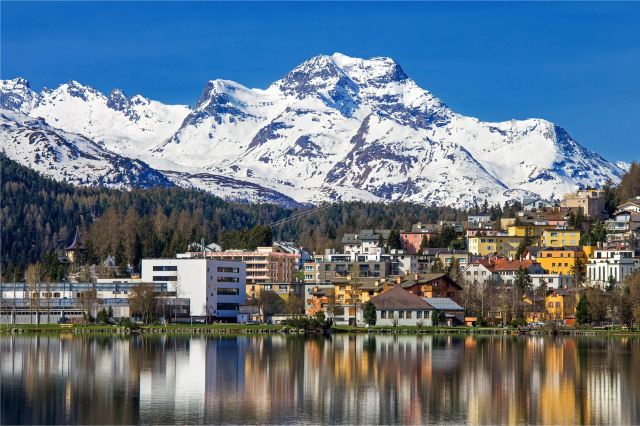 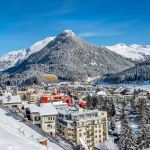 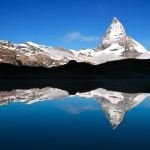 The Best Times to Visit the Top-5 US National Parks
Love.Trip 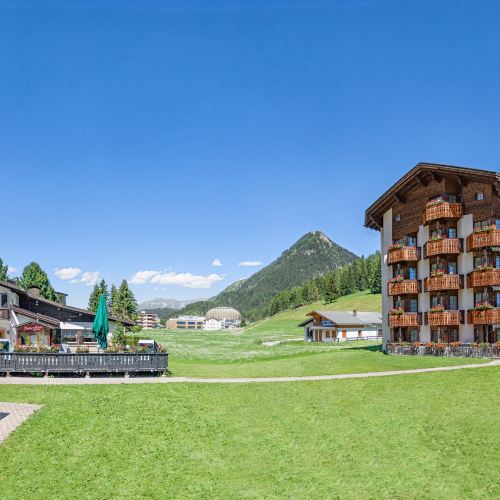 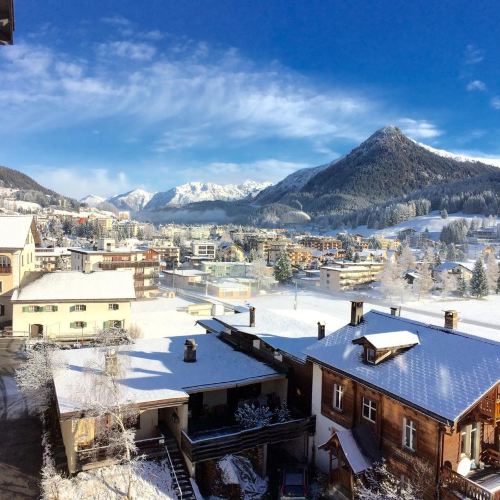 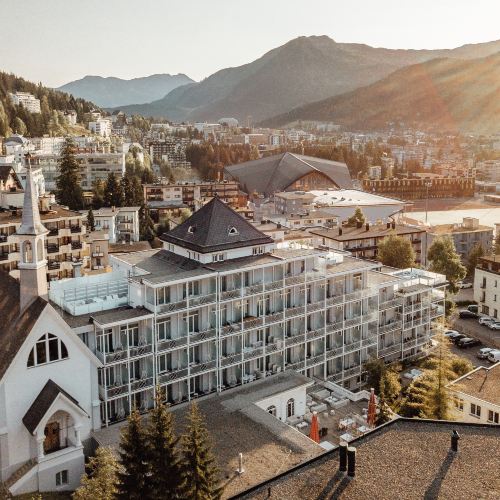 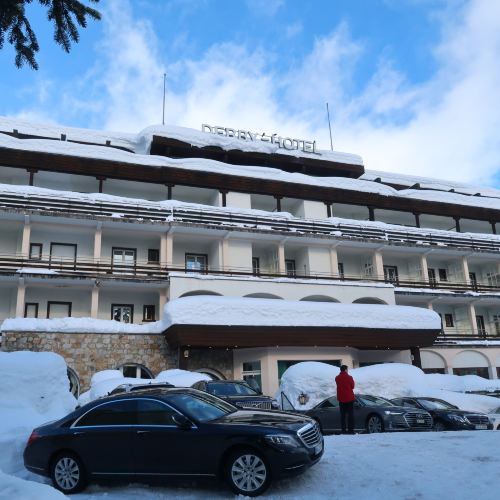 TOP 5 Famous Ski Resorts in Switzerland: Take the Coolest Ski Photo This Winter!  |  There is a Journey Called the Panoramic Train Journey.